For some reason, as the 15th election day in the last two years (just kidding – but it feels as though we’re going to vote once a month up here) dawned, I started getting anxiety attacks about ignoring my Super 10 stash.

Don’t let the cheery colours fool you – the yarn itself looks very forlorn.

All my fault, I know – especially since I haven’t had it living in the best of conditions: 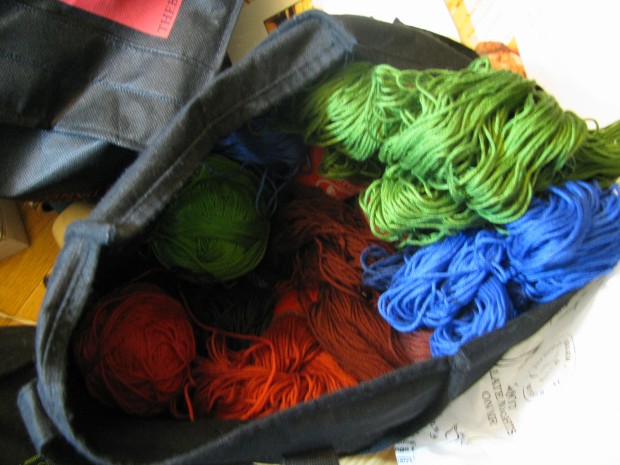 Too busy to knit?!?  you frown, questioning my sanity.  In fact, I haven’t even been out shopping for yarn in the past… um… since the early summer!

To be fair to myself, I’ve been busy with a number of things, including trying to start up an award-winning foodie company.

Actually, I’m just kidding about that.  But don’t you love this lovely flavoured olive oil I made this weekend while at my mother’s?  She gave me some fresh rosemary, and I just couldn’t resist:

It tastes as good as it looks, too – I couldn’t wait the two or three weeks for it to infuse, so I did a quickie hot infusion instead.

I’ve also been clearing out the deep freezer and the (rather appalling) vegetable (hah!) crisper by making chicken/pork/chorizo stock: 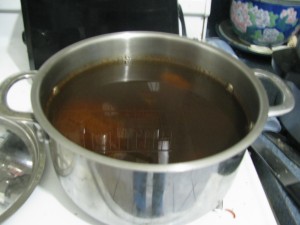 … and even more stock – duck this time.  Fancy sounding, I know – but the duck, an impulse buy while doing some “shopping while hungry” at Loblaws (an ill-advised move):

And, of course, some more infused oil – using dried mint, which had, until recently, been growing until recently in my mother’s garden: 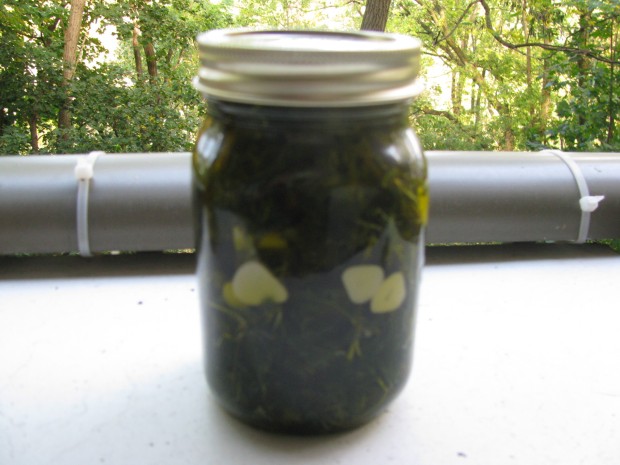 But the fear dread abject stupidity inevitability of another Conservative government… 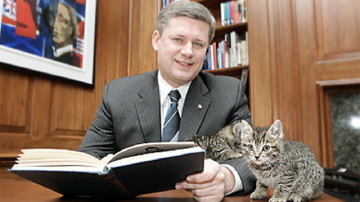 (led by our Fearmongeringless Dictator Prime Minister, pictured here with yet another of his hapless – and choiceless – victims – and since when do you read to cats anyway?!?!?!)

For now, no lacy fripperies for me, though.  My goal is to get through all of the Super 10 stash pictured at the top of this post by 28 November, our moving date – making log-cabin blankies.

(Originally, I had thought about trying my hand at a fabulous mitered-square blanket, as inspired by Amy’s fantastic work-in-progress.  But hell.  I’m just too lazy.)

At the very least, it will give me something simple to do during the five or so hours tonight while we’re crying in our beers hurling the vegetables which were too rotten to put into the stockpot at the television watching the election returns.

Now, off to exercise my patriotic duty at the polls (and, in case you’re wondering why I’m posting at 1 in the afternoon, I always feel that election day is worth a day off and a few pints – in memory of the days when they still closed the bars on Election Day, if for no other reason.)