OYes, yes, I know – my lingo is slightly behind the times. What exactly did you expect from someone who prefers musical selections from old dead British crooners a la Rat Pack?

However, I’m prepared to be wowed by new concepts, particularly when I’m in a bit of a knitting funk. So, I was very glad to come across some web pages yesterday with some fresh knitting ideas.

First, how about some radical lace?

This is a photo taken at an art show in New York back in early 2007 – the work is by Cal Lane. I wish I’d thought of that, frankly.

It reminds me of some of the art knitting in this book that I had bought some time back: 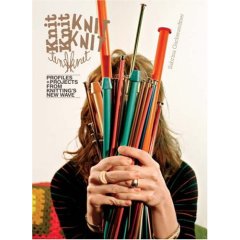 And no, they don’t mean this kind of New Wave:

But I digress…(and hey, at least it’s not the Rat Pack!)

It all seems a bit closer to this, actually:

And, after all, what’s a little madness between friends?

Now I want to start working on some fancy lace creations, such as this one by Anne Wilson…

In my virtual travels, I also came across some funky knit “graffiti” type stuff by a group called Knitted Landscape. How about a tulip in the snow, for example?

Or, perhaps you prefer the idea of a day on the beach?

Now I’m full of ideas all of a sudden. So many, that I’m not quite sure what to do.

Ah – eureka! Given some of my obsessions, it should have been quite obvious, no? 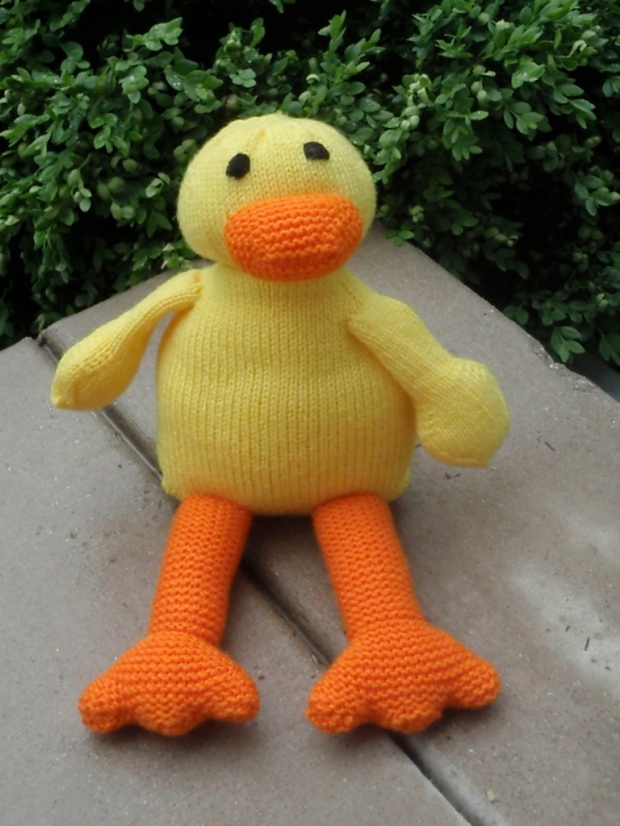 A knitted rubber duckie! Although, is it truly a “rubber duckie” if it’s knitted??? Hmm….

Well, why not? I just found a website called Unifly Rubber Yarn Products!!!

I guess it’s official… the possibilities are, in fact, endless.

So, if you could knit any object you wanted, what would it be? Tell me… come on… don’t be shy!