(…and don’t say you weren’t warned.  Now is your chance to hit the back button.)

I must say that JJ and I both had a blast on our extended vacation down East.  JJ had decided that we should take the train both ways.  At first, I was a tad sceptical (it takes just over 27 hours total, and I am not all that guid in close quarters as you can imagine).  But then I learned that they had a bar car on the train…

… so all was well.  It was also a great way to travel in that I got to see parts of Quebec I’ve never been in, and also New Brunswick…

…and somehow I didn’t even manage to piss off JJ!

Our first port of call was Halifax, which is on the Atlantic Ocean.  So you get to see lots and lots of big fancy boats:

… and look how clean the water is right in the dock!

A far cry from Lake Ontario, I can tell you.

Unexpectedly, I got to see Pier 21, where most of the immigrants to Canada landed prior to 1971, including my own father.  They had an interesting museum, including a photo of the boat that he came in on! 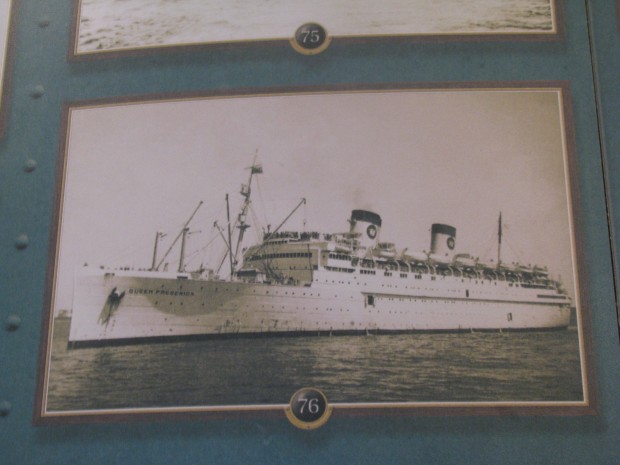 Halifax is also chock full of Irish pubs, which didnae take us too long to find.

And after a few pints of Guinness, JJ even managed to capsize a ship! 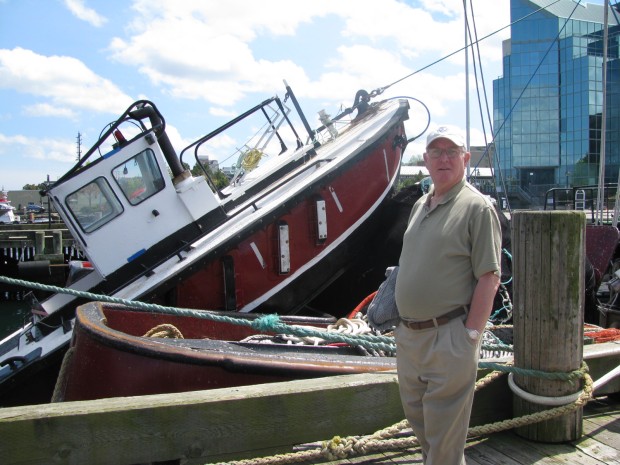 I should really, really be living in Halifax.  I mean, check this out… they give you potato chip topping for your street meat!! 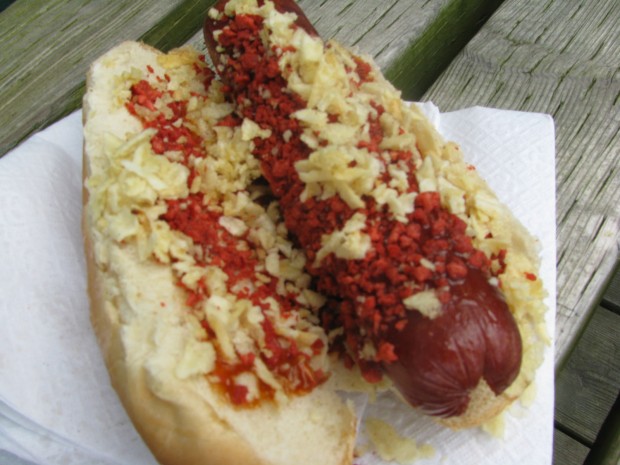 While in Halifax, we also went on a real life pirate sailboat! 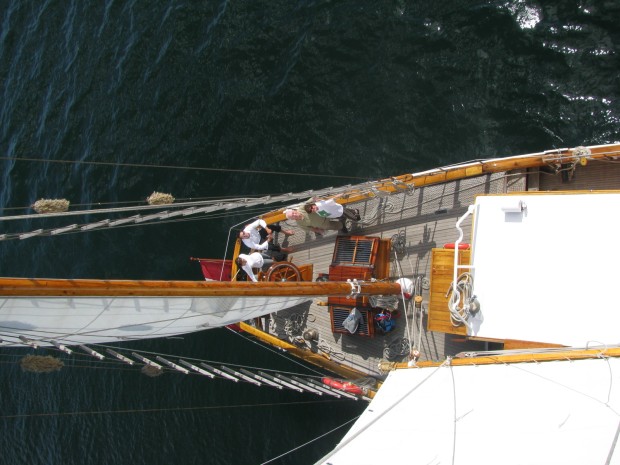 Well, OK… not Johnny Depp.  Lars Lancebottom or something like that (I’m sure that was his real name, too)… but he was a nice guy.

And then we found another Irish pub of JJ’s past acquaintance, with real-live Irish snugs!

We were actually staying in Dartmouth, which is a twin city to Halifax and across the water.  Since JJ did not want to pay the 75 cent toll for the bridge, we had to take the ferry… 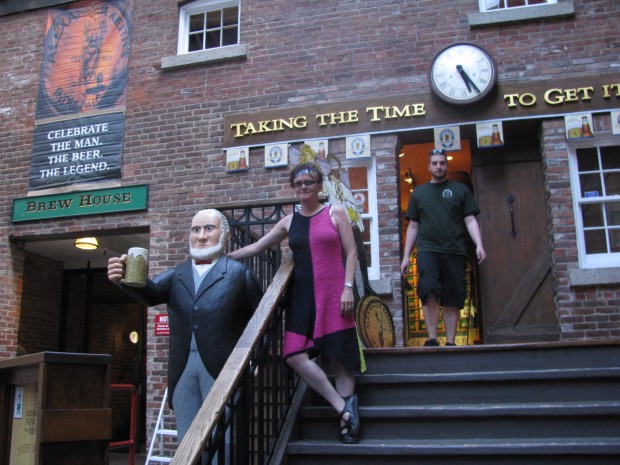 We would have taken a tour of the brewery, but they wanted $16.50 per head and we decided that was best spent on some cold Keith’s.  Far cheaper, by the way, than in Toronto.

After a couple of days of debauchery and hanging around the Halifax waterfront, we decided to rent a car and hit the road.  The first stop was apparently a mandatory one if you visit this province: the lighthouse at Peggy’s Cove.

This is quite the tourist spot and I was happy we were there out of season, I can tell you!  They have spooky signs hanging around such as this one: 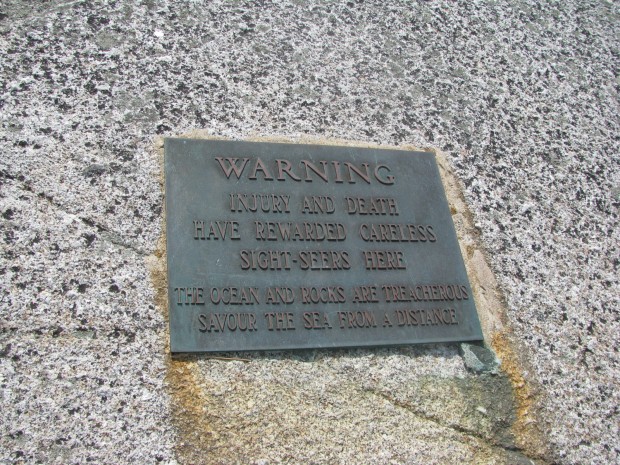 … and if you picture this coastline in winter, you can see why. 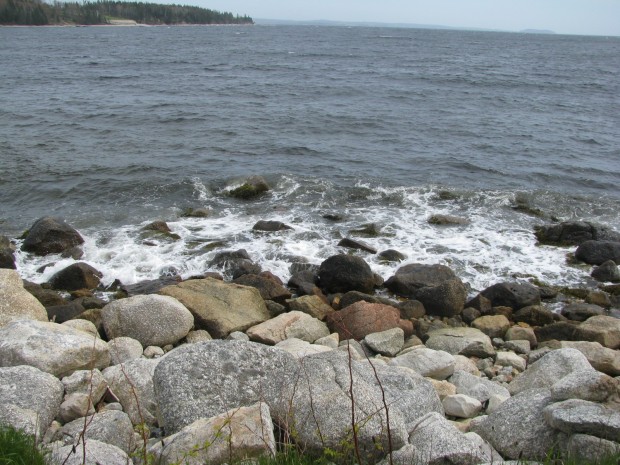 We then spent a day travelling the South coast of the province, which includes such lovely sights as Lunenberg: 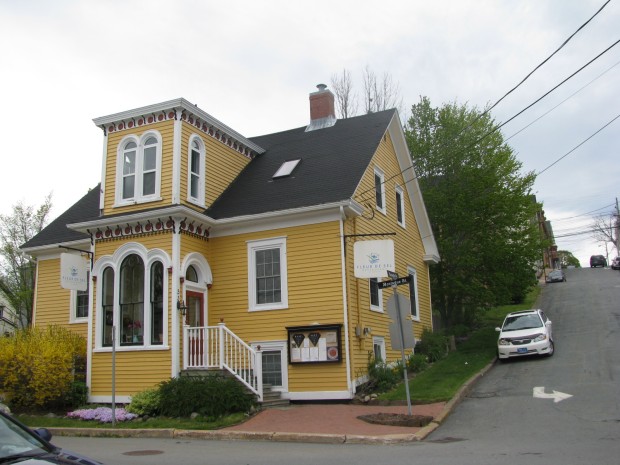 It’s full of houses like that, all painted different colours! Lunenberg is also home of the Bluenose II, featured on our dime: 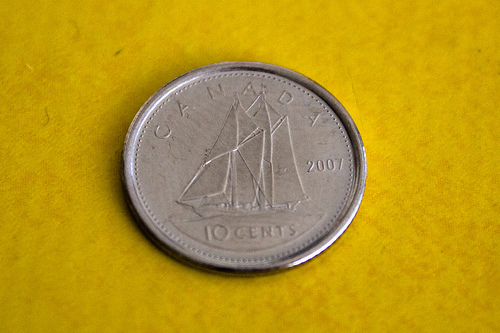 This is what she looks like in real life, at least when on vacation:

We then decided to travel to Cape Breton, a large island which is part of Nova Scotia.  Upon JJs insistence, the first stop there was at an old French military installation at Louisburg: 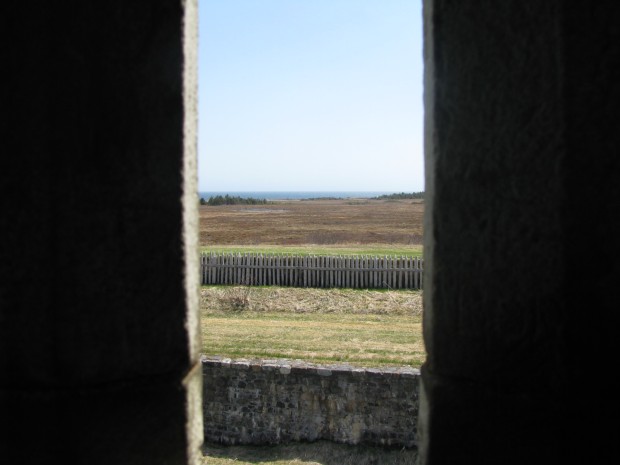 I thought this would be quite boring, but the scenery was spectacular! 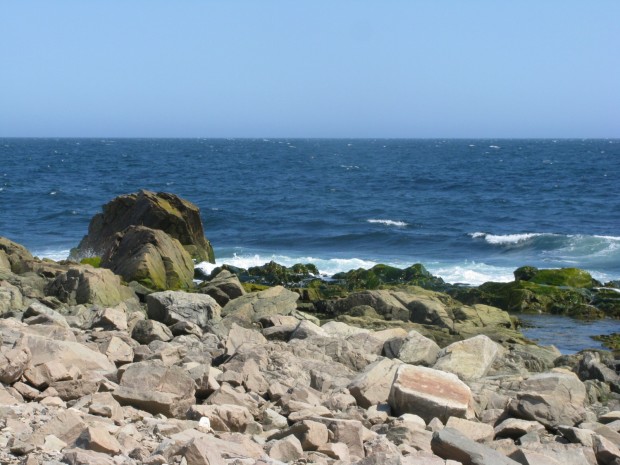 They have set the fort up as an exact replica of what it would have looked like in the 1700s when it was in active use – right down to the house of worship that the soldiers were all forced to attend: 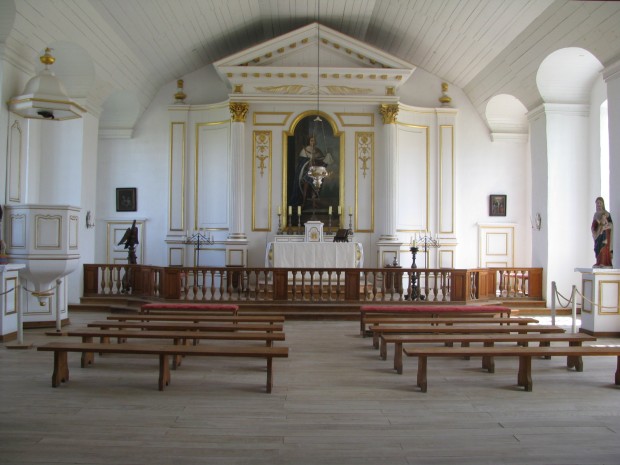 This is just a small part of the grand apartment designated for the Governor (Old French for “Grand Poobah”) at the base: 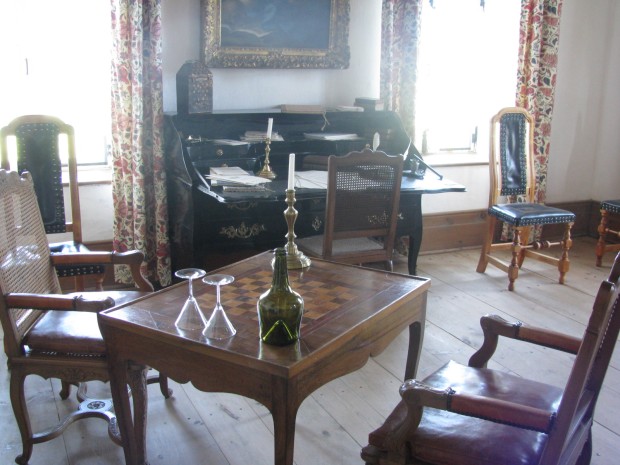 And, pray tell, where did his wife stay?

Er… not quite.  But this was about the extent of her quarters:

Go figure, eh?  Leaving the fortress, you come upon an ancient (by Canadian standards, anyway) cemetery right next to the water:

We then found a place to stay with, reputedly, the best sunsets in the East Coast:

This is the beach at Inverness, where we stayed for five days or so: 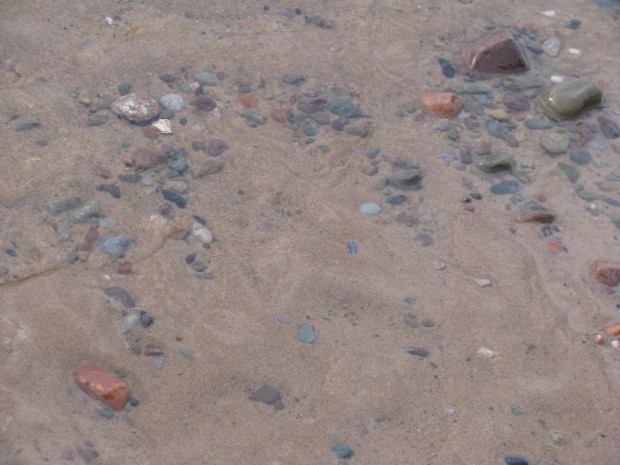 I must confess that I was fascinated by the ocean rocks and brought an embarrassing number home with me.  So many, in fact, that our baggage weighed… ahem… well over the alloted amount.

We tried to leave our mark on the beach…

…but sadly the ocean had washed it away within five minutes or so.  Sigh.

Well, I think that’s about enough for now.  Stay tuned for tomorrow’s installation, with more pictures of the Cabot Trail than you want to see, I’m sure… and also the PayDay Haul.  Here is a preview: