Well, His Excellency JJ, Ruler of the Remote, has finally managed to guilt me into making him some new slippers. Admittedly, the last ones I made him, depicted above, have seen better days.

In this regard, I had bought a new pattern … um… two months ago or so. And then I went off knitting for a while (and I’m still not 100% back on my previous zealous track, I must confess). And then I started two lace shawls while ignoring forgetting about my promise to JJ to make some slippers.

That’s when the above sad looking tattered specimens made their reappearance on the otherwise pampered feet of JJ. He is nothing if not subtle. He didn’t bother to mention that he was wearing ragged slippers, but waited patiently for me to stop ignoring this notice. And then waited some more.

Finally, last evening, he stuck his feet up in the air all of a sudden while we were watching Food Safari, waving his puir wee nekkid wee heels which were sticking out of the chequerboard slippers and bellowed said in his usual dulcet tone:

So, today after work, I stopped in at Knitomatic and finally bought some feltable yarn:

Lamb’s Pride Worsted, in Turkish Olive and Kiwi. The colour choice, thankfully, has met with the approval of His Nibs.

And, I’m proud to announce that I was completely selfless in this mission – I did not buy any yarn for myself!!! Hard to believe, eh?

I should, however, mention that I did have to buy this mag and I suspect that there won’t be much content there for JJ: 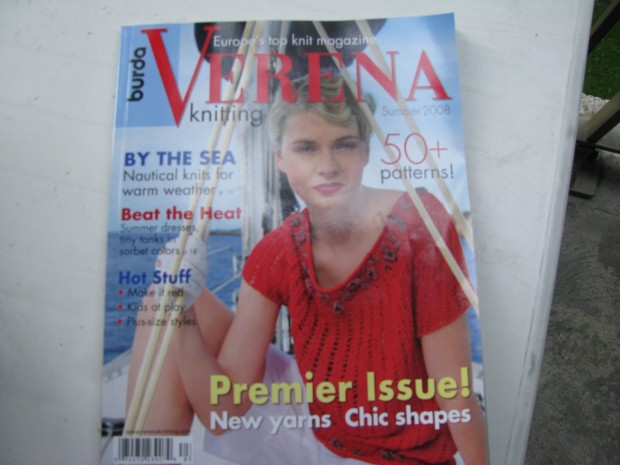 I was taken in particular with two of the patterns I saw within, and couldn’t resist:

These Europeans know what they’re doing with design, I tell you. And – such stashbusting potential!!! I’m picturing this in either a rich blue (Madil Eden) or poppy red (Dalegarn Svale):

And as for this beauty… 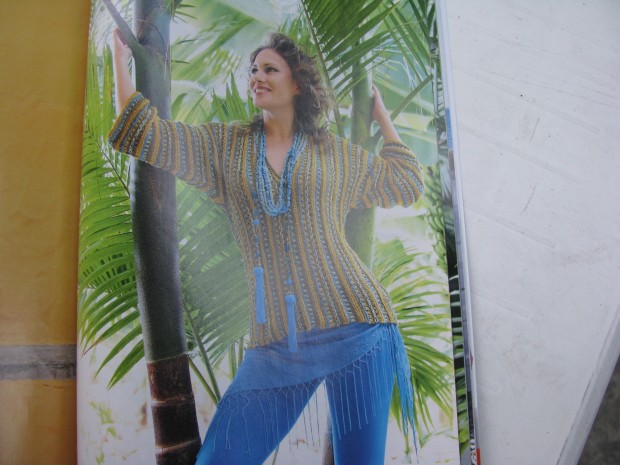 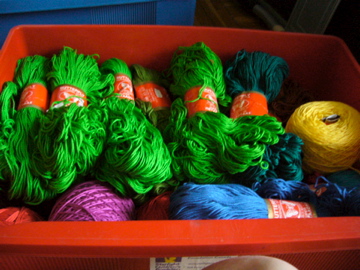 Great. Another thing to feel guilty about… cheating on my beloved Butterfly Greek Super 10 cotton because I discovered the loveliness that is laceweight silk. I’m a terrible person, really.

More evidence of this home truth: the only real reason that I didn’t buy myself more yarn was because I had already gone on a shopping binge on the lunch hour.

But hey – since I’ve been off knitting, I’ve started to run out of clothes!! 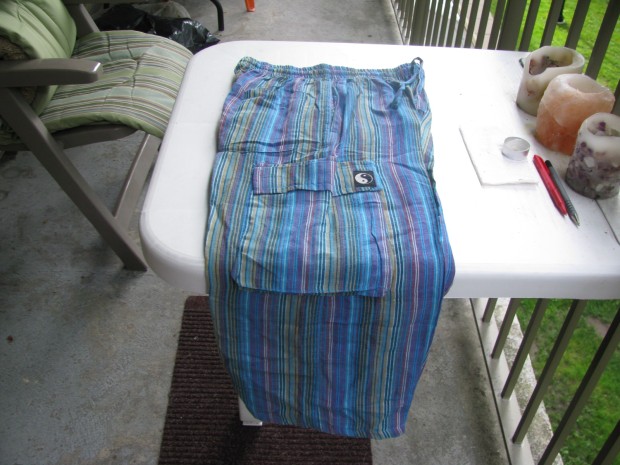 Besides, they’re just so colourful I couldn’t resist… and they’re nice and cool. 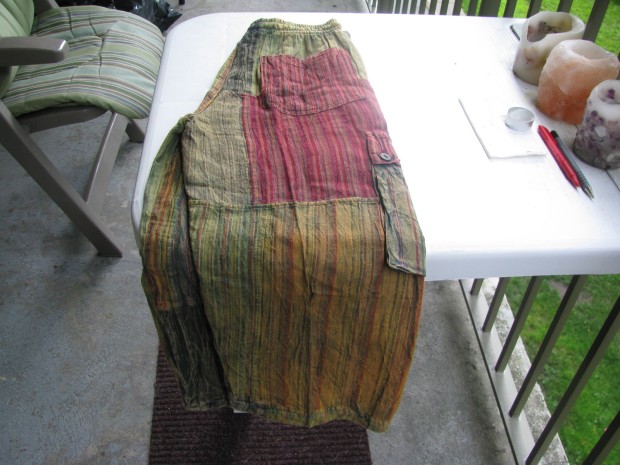 And the best part – they cost only $10 apiece! So really, I couldn’t say no, could I? Does it count as selfish when you get such a great bargain?!?

JJ: It counts as “selfish” so long as ah’ve no got mah new slippers on mah feet, ye wee bampot.

Hmph. He’s obviously getting a bit too full of oats sitting at home all day. I’ll have to hide the remote before I leave for work tomorrow just to teach him a lesson, eh? 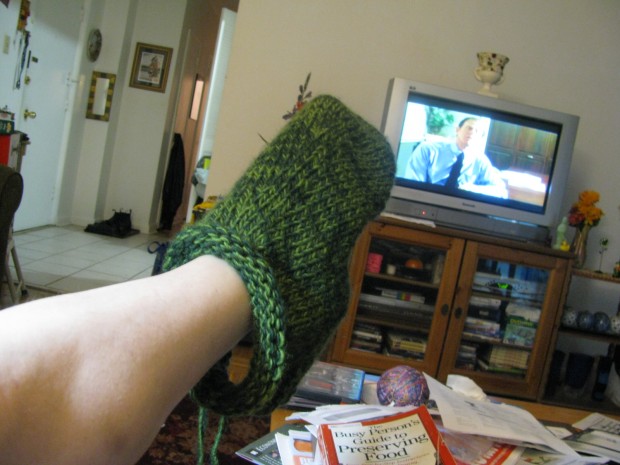 Does anyone know if they have a Bigfoot Monster in Scotland?

6 thoughts on “slip slidin’ away…”