*Disclaimer: Not that I’ve ever actually dropped LSD, of course. That would have been an illegal activity, and thus something I most certainly do not condone. Just some poetic licence here, folks. Really. I mean it.

Easy! (and cheap, and not as bad for you as the real thing, either). Just take a look at the Photo Exhibit at the Globe and Mail website on any given day.

I think you’ll get what I mean when you have a look at some of today’s offerings:

This, on the other hand, is a Dutch football supporter at the Eurocup. Nuff said. 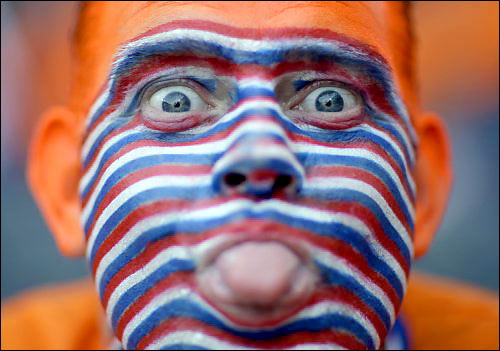 Maybe not too ersatz LSD-head of me, but these make me very, very glad that I was not of age during the 70s. Apologies to anyone who actually had a pair of these at the time.

And finally, this just frightened me, frankly:

Really, I should just stick to looking at knitting stuff from now on.

Well, I think I’d best tune out, drop out, etc. now. I’m really, really starting to fear for my sanity!