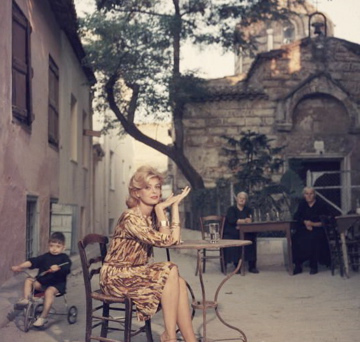 I tend to refrain from shopping for yarn on Sunday, preferring instead to clean the house laze about, go out for coffee, knit, etc.  It is, after all, meant to be a day of rest (I am a subscriber of the “take what you like and leave the rest” school of religion, obviously).

Which meant, of course, that I had to go trolling for yarn yesterday! 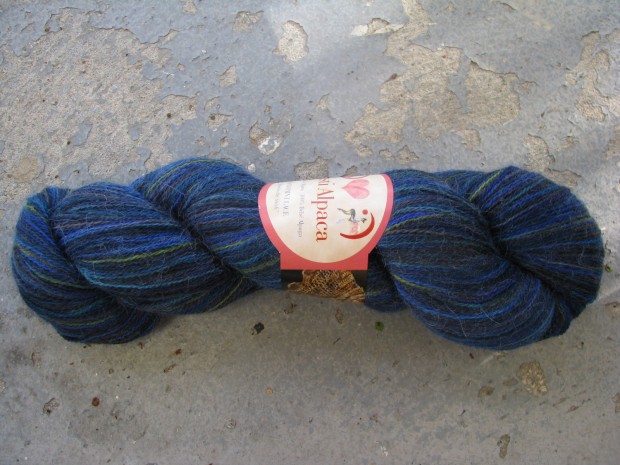 Yes, yes – I was unfaithful to the Handmaiden yet again! I should be hanging my head in shame, not gloating about it over the Internet, I suppose.

But in my defence, I had the car yesterday and was in the mood to explore. So I headed up to a shop I had heard about some time back called The Enchanted Needle.

This shop is located in a city called Woodbridge, just north of Toronto: 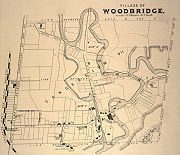 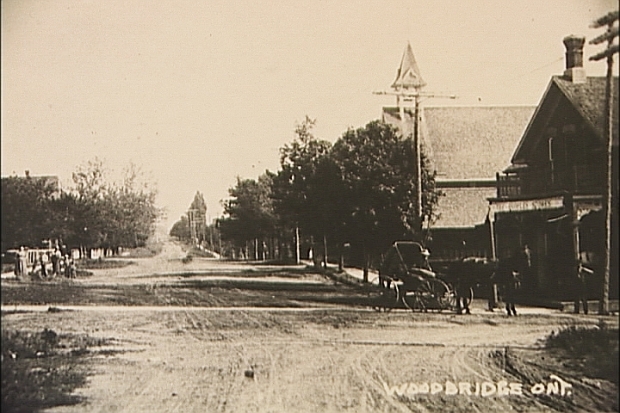 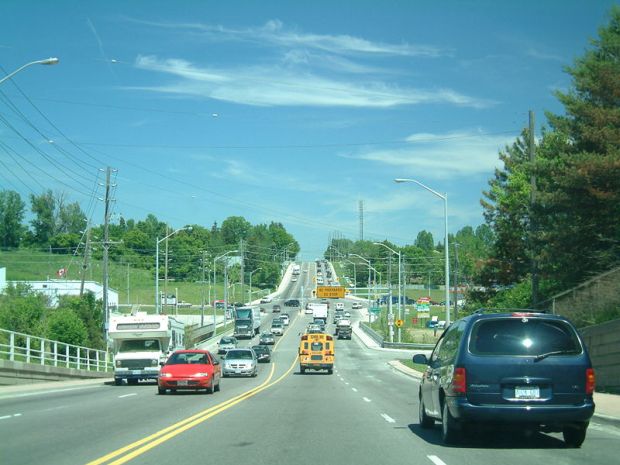 And it’s full of these:

Argh.  Let me tell you that the Enchanted Needle was the only beacon of light in what otherwise seems to be Strip Mall Hell.  It is a great shop, primarily focusing on needlepoints and tapestries.  I saw some kits for pieces like this: 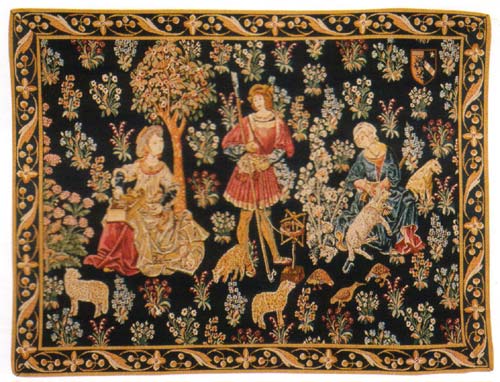 I had to avert my eyes, because the last thing I need is another expensive and time-consuming hobby.  So, instead, I headed upstairs to the smaller space where they sell knitting yarns.

It is there that I found the Misti Alpaca Handpaints depicted above there.  Blue, turquoise and lime green – what’s not to like?!  I won’t tell you how many skeins I got there.  Suffice it to say that if I were to tie all the skeins together, affix one end to the doorknob in my apartment building and venture out on foot in Toronto, there are few places I couldn’t find my way back from.

For good measure, I threw these in: 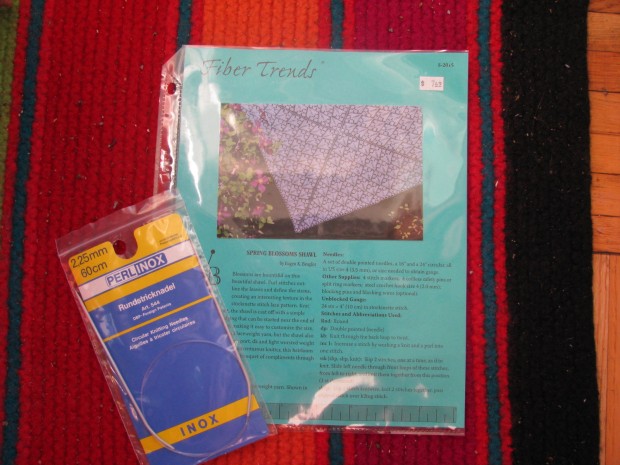 2.25 mm knitting needles!  If you had told me I’d be buying such a skinny pair of needles a year ago, I would tell you that you had taken leave of your senses.  Instead, the senseless one is I.

I guess having new kilometres of yarn in the stash wasn’t enough, as I promptly arrived home and ordered the following from Blue Moon Fiber Arts: Blue Moonstone…

Why did I have to take up lace knitting! It requires kilometres of yarn and every project takes a long time to finish.  This ensures that the stash will grow to brobdignanian proportions.

On that note, I think it’s time to go off and re-organize the stash.

But not before I explain the photo at the top.  That is a photo of Melina Mercouri, who was a famous Greek actress and singer: 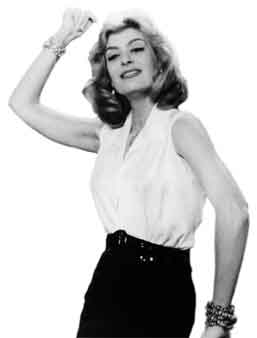 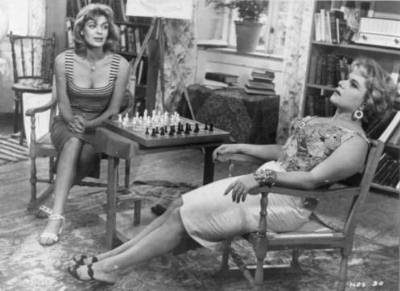 … where she played a hooker with a heart of gold who organized all the other hookers in Athens to stand up to the big bad bossman pimp, and led them in a strike!

A woman after my own pinko heart, clearly.  She later became a Minister of Parliament and they’ve even made stamps with her on it! 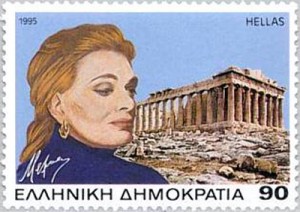 The whole country mourned when she died some time back.

Vale Melina.  I want to be you when I grow up.

5 thoughts on “Never on Sunday…”