Well, what a coincidence that on PayDay, I came across a mysterious door…

…which led to a long and winding path through an enchanted forest. 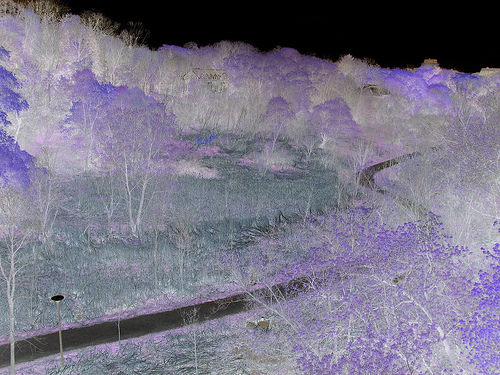 And where did the path end?

Amazing, isn’t it? So, of course I just had to buy some yarn.

Misti Alpaca has managed to outdo themselves, I learned, with some new handpainted lace yarn in 800g skeins!

(In actual fact, I had learned this before PayDay. But it was a guid excuse to lay in some more stock.)

I also succumbed, finally, to the temptation to give in to that dreaded Siren, Kureyon. 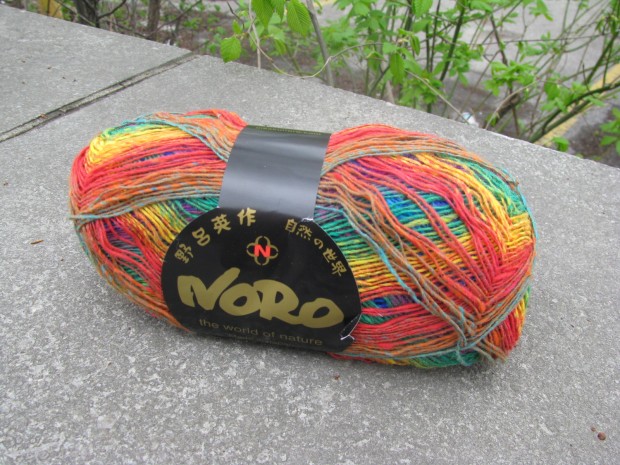 Now, I don’t quite get why I would want to knit socks out of this scratchy-as-hell yarn. However, I couldn’t resist the lure of the rainbow… 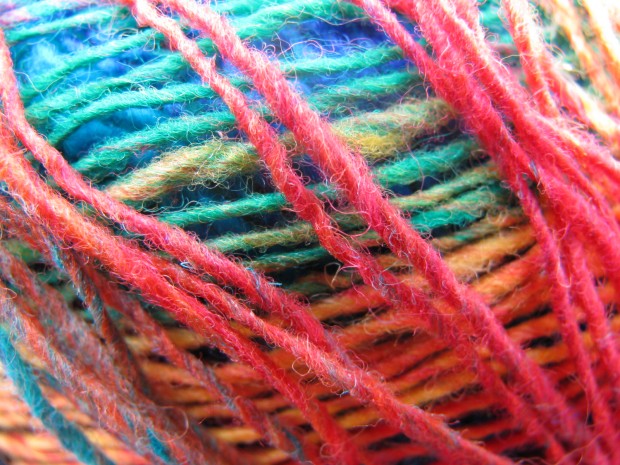 So, the lovely Leane suggested that I pair the Kureyon with a strand of this Kid Seta and make a shawl:

As you’ve probably gathered by now, I am highly suggestible to anything to do with the acquisition of yarn. But it’s lovely in itself, isn’t it?

I even bought some novelty yarn on sale because of the fab colour:

Fit for a Yarn Queen.

And, finally, this rather uncharacteristic purchase. The yarn is called Twelve and it’s got twelve types of yarn in one. 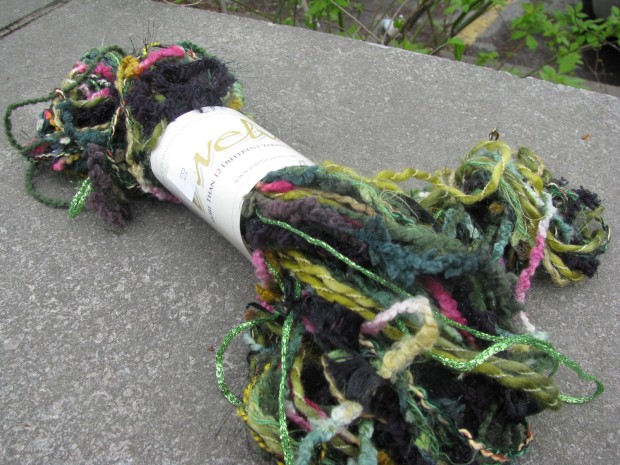 Funky, eh? I thought it would make a cute party scarf at some point. 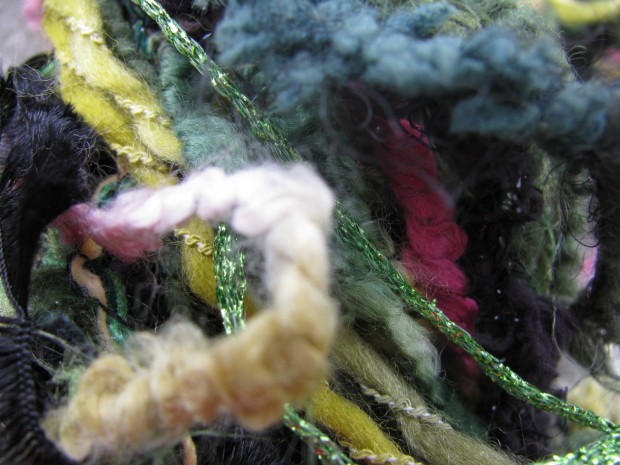 But lest you think I was selfish on this very fine day, let it be known that JJ got a goodie as well: 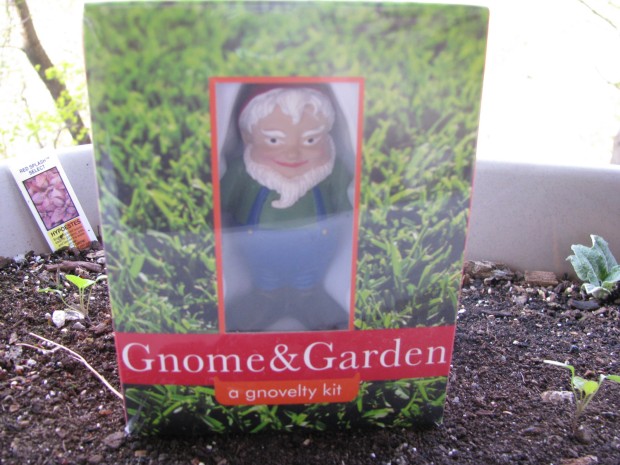 A garden gnome for the balcony flowerbox!!!

And not only that, but it comes with a handy reference manual on All Things Gnomish:

In this photo is the author of the guidebook (I’ll leave you to guess who that might be):

JJ is quite chuffed, and as I write is talking to the gnome. I’m advised that his name is Wee John. (And now you understand why it is that JJ actually puts up with all my foolishness. He’s a bit barmy himself, eh?

And finally now I realise why I was so inspired to do my Group of Seven project!!

I just hope that they don’t run off to the forest together!

7 thoughts on “PayDay mysteries… and a new family member!”